Once schools starts the Holiday season will be just around the corner.  Think about what memories you’d like to digitize and share this year and give as gifts.

We are again in search of a new employee in our Fort Collins studio.  Often times our clients are a great resource for finding new team members.  It could be a good opportunity to moms or dads for a few hours while the kids are off to school or for college kids who want to work between classes and a few hours on Saturdays.  Let me know if you have someone fabulous in mind for us.

Now for some client inspiration!

Leann brought in a handful of negatives of her mother as a teen. She looks like she is ready for school to start, are you?

Ken brought in a photo album of photos from the 1920s. He had a scan each page and save it to a flash drive for him.  Check out this photo from July 4, 1923 of some ladies enjoying the cool watering hole on a hot summer day with their neat old car in the background.

The Poudre Fire Authority brought in a large old scrapbook of articles, 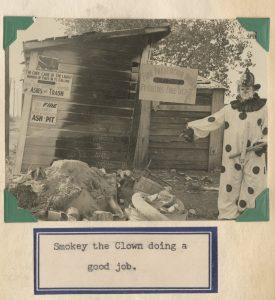 advertisements, photos and posters from 1951 to be scanned in.  We noted that there seemed to be a Smokey the Clown before there was Smokey the Bear. We think the change was warranted.

Stacy had us restore this photo of a large group of kids. We scanned it at high resolution so that we could print it as an 8×10 and filled in the sides with some grey from the photo. 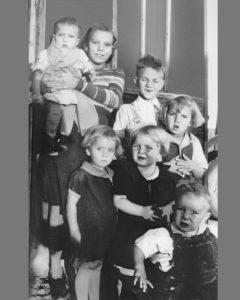 Shirley brought in a 5” x 7” commemorative dish from the 1st walk on the moon.  She brought it in the day before the 50th anniversary of the big event.  We scanned it in (took a few scans as it liked to reflect 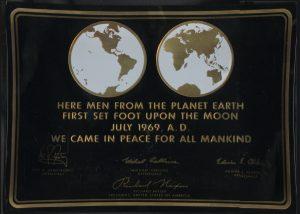 the light of the scanner) and printed her out a photo of it. She was going to give the dish to her grandson who is interested in space exploration.  The dish has the same information on it as the plaque that was left on the moon 50 years ago.

We transferred an audio cassette for Susan. She had just found it a few days prior to the 5oth anniversary of the recording of her aunt’s wedding. She was anxious to hear and share it.  It is notable that the woman singing is our client’s mother and the baby crying is none other than our client 5o years ago.  Take a listen to a short segment of it here or click the cassette.

Glad to help them share the recording that has a great backstory.

We transferred lots of 16mm film for The Great Plains Museum. Much of it had audio as well.  The films showed all aspects of planting, growing and harvesting sugar beets.  Also had an unfortunate segment of immigrant workers being sprayed with DDT.