Skip to content
Carl had one of those wonderful old oval photos that is more than 100 years old, a photo of his grandmother.  It needed some professional attention, so he looked up “photo restoration near me” and found Leave A Legacy.  The final product looked fantastic, and Carl wonders how his family managed to have such a nice photo made when they didn’t have much money at the time. 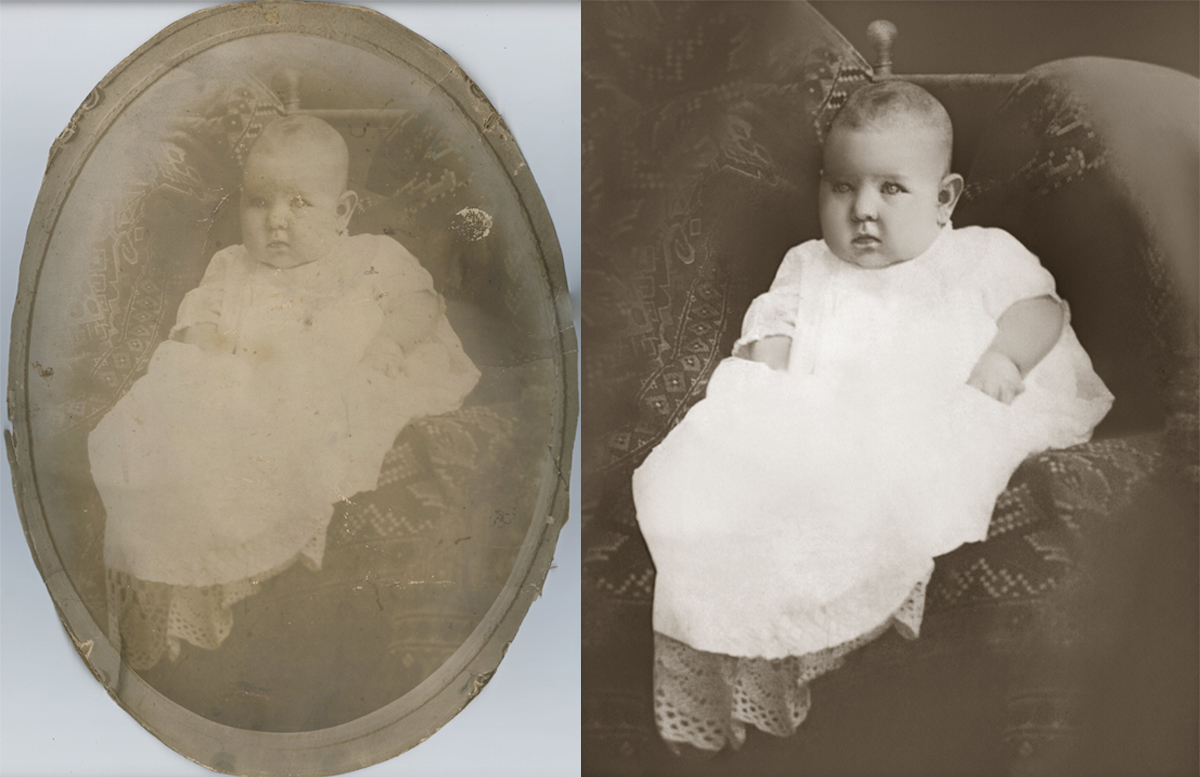 Stacy brought in her grandmother’s scrapbook for us to scan in so that she can share the digital files with everyone in the family.  Everyone is anxious to get their copy since grandma recently passed away. There are fantastic little stories sprinkled in everywhere in her book.  Here are some of them (click to see full sized) 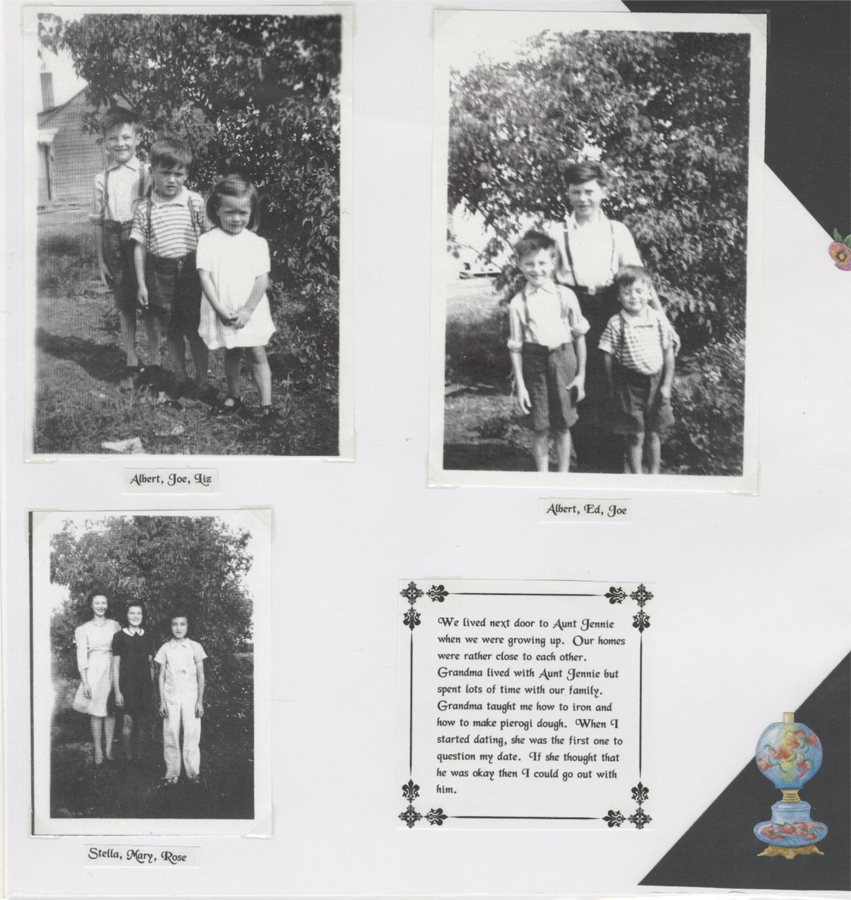 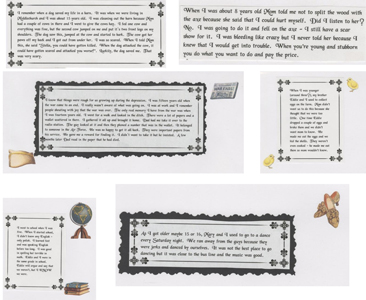 Dick told his own story about untold secrets that he found in some old photographs and why he had us scan in his negatives for him. Read his story here.

Leave A Legacy got a rush order from Florida: voicemail

retrieval for a memorial service.  A client in Southern Colorado also had four old answering machines, one with a cassette and three with internal digital memory.  Leave A Legacy captured all of the old recordings and saved them onto a single flash drive.

A former professor/employer of mine from Colorado State University brought in slides of a friend of his from their time in Vietnam.  His friend has since passed away, but it turned out, unbeknownst to him, he had a daughter in Vietnam who’s now living in the US.  She found his name through a DNA search and these slides will be shared with her. 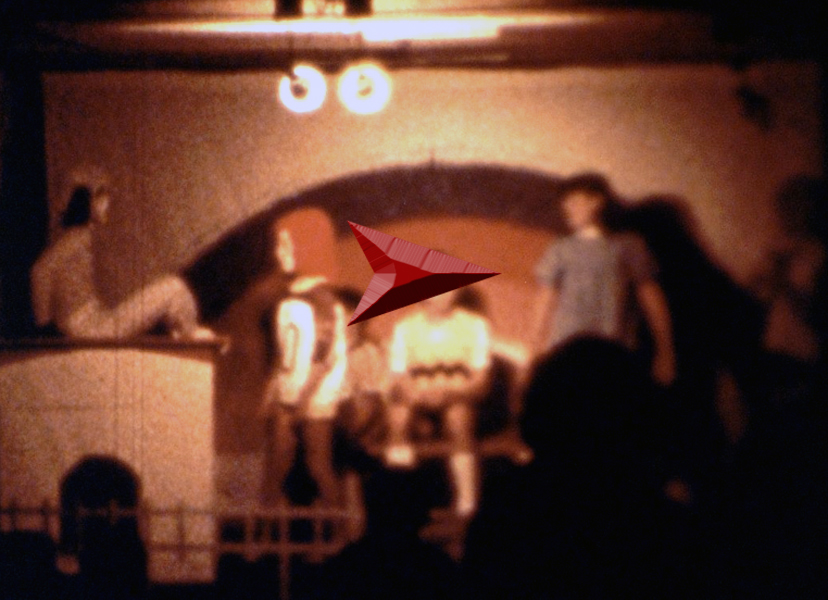 Vicki has been declared the family memory keeper and she is buried under a collection of films and print photos. She brought them in to Leave A Legacy to start digitizing the family history to share with everyone else.  We started with an 8mm film reel of when her neighborhood friends put on their own production of “You’re a Good Man, 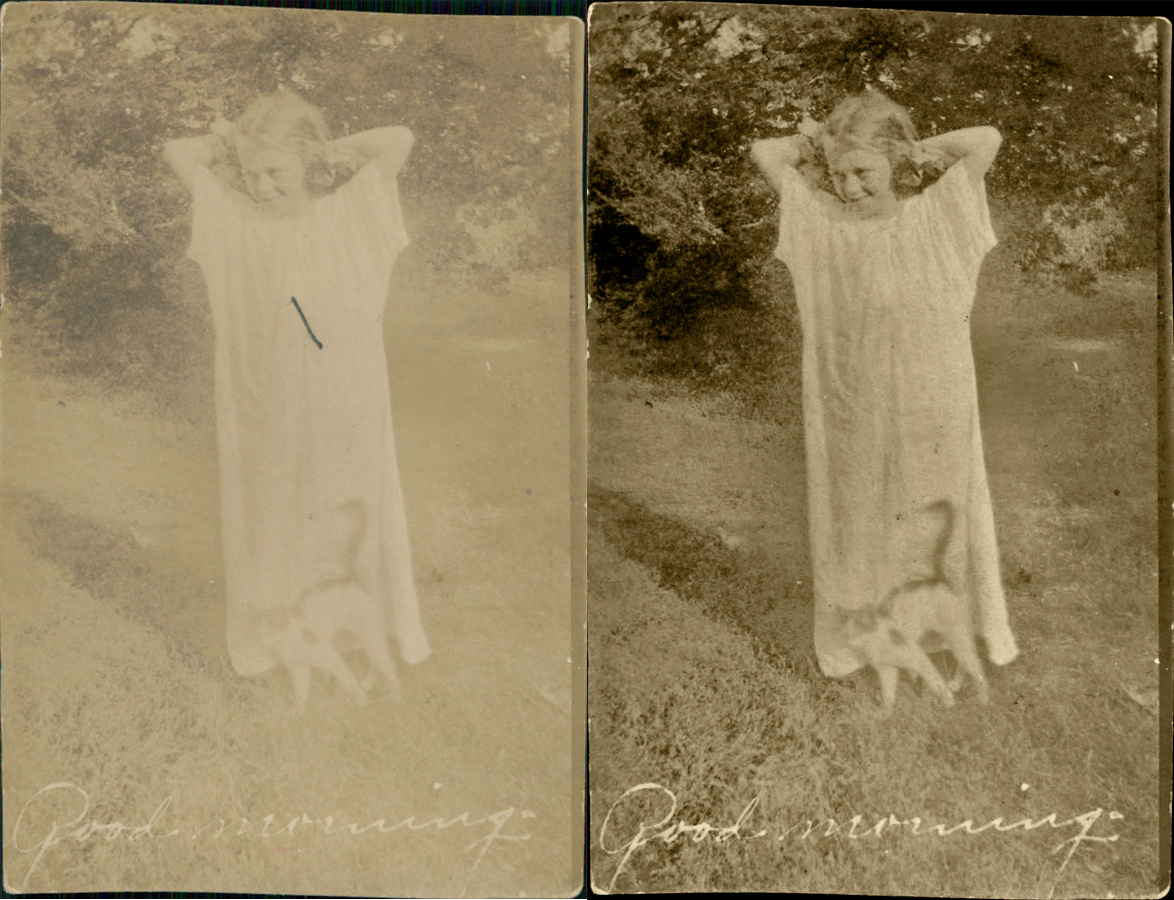 Charlie Brown.”  It’s quite something for a neighborhood to put on.  See if you can identify Lucy, Snoopy, Sally and Charlie Brown.  Next was digitizing a collection of photos, including a photo restoration.  All it needed was a quick spot removal and adjusted contrast, but it made a big difference!   Got to love those classic old hairstyles!  Now they have their legacy digital media to keep.

When they want to update their audio collection, most clients will simply search “transfer cassette to digital near me” and find Leave A Legacy, but sometimes it’s not so near!  We’ve had several clients from California, Florida, Illinois, Virginia, Utah, and Oregon send us projects of cassette transfers, as well as vhs to digital transfers or photo transfer projects from Montana, Michigan, Utah and Wyoming. 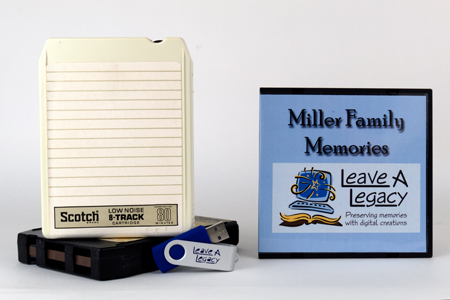 For example, Michael from California found Leave A Legacy and got in touch. He asked, “I have an old 8 track tape from 1969 with family singing and poetry. I don’t know how much speaking or singing is on the tape. It was left to me when my brother passed away.  May I send it to you to see what you can salvage from it?” We certainly did and saved the recording to a playable CD for him.

Jim came in with two audio reels and said, “I have the missing Nixon tapes. I would like to have them transferred.”  He was joking, but he does not know what the contents of his reels are and wants them transferred to mp3

to find out. They’re probably not Nixon tapes, but who knows what secrets they might have!

Ed brought in a project to be a gift to his wife for their 50th wedding anniversary. He thought it was a film to transfer to dvd but it was actually an audio reel. He was hoping that it contained something special on it. It sounds like a recording of their wedding to me!

Alicia brought in some film reels and said that she and her brother enjoyed watching the films together.  It certainly has some great memories of the two of them. Here is a clip of it: she tying a head scarf on a windy day, he on the prowl for some wildlife, and she strumming away.